The town of West Hartford Connecticut has produced many high school graduates that have gone on to great things. Several gone on to amazing things in the music and acting venues. Below are some high school pictures of a few that have achieved success and even stardom.

He starred in one of the biggest films of the early eighties, “An American Werewolf in London” yet Conard graduate of 1969 David Baughton never was given the roles to make him a superstar.  He would go on to play roles in smaller movies and playing guest roles in many of the biggest TV shows of the day including a

recurring role in the show, “My Sister Sam”.  Naughton also achieved minor success as a musical artist with a song called “Makin It” as well as being a spokesperson for the Dr. Pepper soda brand in the nineteen 70’s.

David’s older brother James,  is also a Conard graduate from 1963 and is also an actor.  He continues to have a successful career in TV and movies featuring in small parts.   He played several roles in TV shows and movies such as “The Devil Wears Prada” & “The First Wives Club” just to name a few of many he has been in. 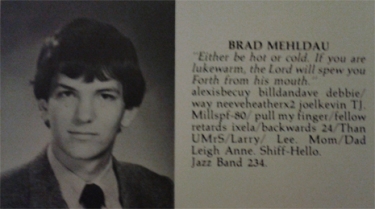 He is known as one of the premier jazz pianists of today who has a worldwide following. He has played with such music legends as Pat Methaney. He’s been nominated for several grammy awards throughout his career as well as winning other jazz awards from listeners and peers alike.  He graduated in 1988 from Hall High School.

A drummer who has played with many of music best. Best known for her music videos and touring with Lenny Kravitz. Married to rock guitar legend Carlos Santana. Graduate of Conard from the Mid-70s.

An actor who had many roles in movies and television in the 70s and 80s. Best known for his role in the move, “Mean Streets” with Robert De niro and Harvey Keitel. 1960 graduate of Hall High School. 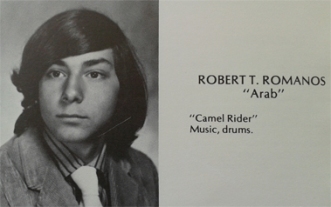 An actor best known for his role in the movie “Fast Times at Ridgemont High”. He has had other appearances in films and TV shows. He is the younger brother of Richard Romanos and a graduate from Conard High School in the early 70s. 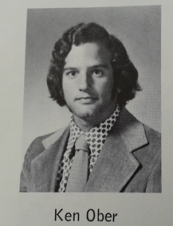 Dangerously known as the host of the MTV Trivia show, “Remote Control” in the late 80s He was a comedian who graduated from Hall High School in the mid-70s and had acting roles in some films. 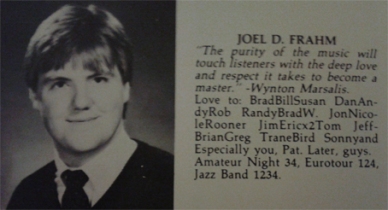 Friend and 1988 Hall High School classmate of Brad Mehldau, an accomplished saxophone player who has played with many of the best musicians in the jazz world.

Friend and 1988 Hall High School classmate of Brad Mehldau, he is an accomplished drummer who has played for many of rock musics best. For a short stint he was in the popular band the “Black Crows”.

David Basche is a 1986 Hall High School graduate and Hollywood actor who appeared in the Television show “Three Sisters” as well as playing a lead role in the 9/11 movie United 93 and a supporting role in the remake of “War of the Worlds”. 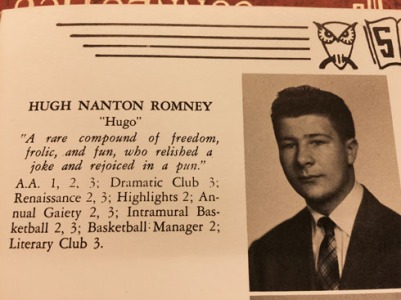 Famous known by his nickname, “Wavy Gravy,” he is probably one of the most famous hippies in the world and a 1954 Hall High School graduate. He was a participant at Woodstock and is a well known activist for various social causes.

A 1987 graduate of Conard who has had a film career in Hollywood. He’s had parts in “The Waterboy”, “Mr. Deeds” and “Little Nicky”