It was May 23rd, 2010 in the town of Bridgeton when Akeem Mills (known as Stack or Stackwell), was found critically wounded and lying on the street in front of 55 Walnut Street. Mills was transported to a local hospital where he was pronounced dead. Police later found out that he was shot in Apartment #2 at 55 Walnut Street. Police believe that Mills was hit three times in the torso with bullets fired from a.22-caliber gun during an altercation inside Mill’s apartment. If you have any information on this murder, is asked to call Bridgeton detectives at (856)451-0033 or (856)451-3362. 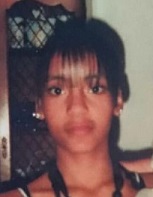 22-year-old Chrismely Hidalgo dealt with a lot in her short life. She battled mental health and addiction issues. At one point in the past, she had even did prostitution. On January 27th, 2013 her body was found near a ramp leading to Empire Street on Route 22 in Newark. Police believe someone had thrown her corpse from a vehicle that was traveling around sixty miles per hour. It is believed that Hidalgo was strangled before she was ejected from the moving vehicle. Her family is still searching for answers as to why and who killed her. Hidalgo had left behind a young daughter.
If you have any information about this murder, please contact the Essex County Prosecutor’s homicide task force’s anonymous tip line at (877) 847-7432.

A Kiss Goodnight and a Man Vanishes

William Schmidbauer was by all accounts a dedicated family man to his wife and kids. On the evening of September 23, 2007, he kissed his wife goodnight at their home at the Cedar Glen West Development (Senior Community) in Manchester, New Jersey and has never been seen again by his loved ones.

The 64 year old had not had it easy. He suffered from COPD which may have been caused by his smoking cigarettes. However, Schmidbauer was a Vietnam Veteran was physically injured in combat (awarded a Purple Heart) and suffered from Post Traumatic Stress Disorder. His family states he was not suicidal but the effects of war had made his mental state in their terms, “fragile”. It is believed he may have become disoriented and wandered away from the home without his medication. A motorist claimed that they had seen him two days later walking along route 70 about three miles from his house. The sighting was between Green Acres Road and Christ Lutheran Church.

Schmidbauer is estimated to weigh around 170 pounds and stand around 6’2 at the most. He had brown hair that was greying and hazel eyes. His clothing that he may have worn when he was last seen a brown t-shirt, blue shorts, black sandals and a Timex Indiglo watch which had a silver armband.

Schmidbauer  has a four inch scar on his right thigh which he received in combat. Foul Play is not a likely factor in this case but anything is possible. If you have information about the disappearance of William Schmidbauer, please contact the Manchester Police Department at 732-657-6111.

Belinda Jordan Williams was murdered in November 5th, 2008 behind an abandoned house on the 100 block of Liberty Street in Plainfield, New Jersey. She was found strangled and partially clothed in the neighborhood in which she grew up. Williams is the mother of professional boxer, Jimmy “Quiet Storm” Williams. The forty four year old Williams struggled for her life before her life was taken. The mother of four had previously struggled with substance abuse and police are unsure of the motive and who the killer is.

March 8, 1966, downtown Elizabeth. Seven year old Wendy Wolin was outside the apartment where they lived at Irvington Avenue and Prince Street. IT was 4pm when a stocky white male wearing a dark corduroy coat and a blue or gray fedora approached the young girl. He was described as having white hair and being in his forties. He was around six feet tall and may have weighed around two hundred plus pounds. Witnesses reported that he crouched down 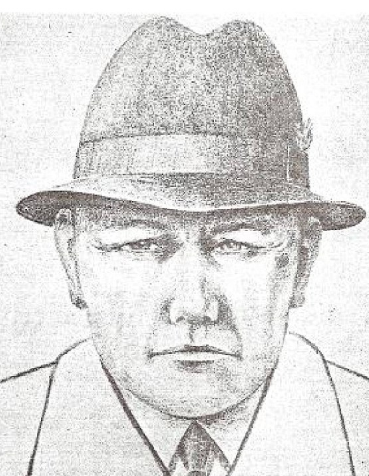 and punched the girl in abdomen. Wolin supposedly let out a cry as the mystery killer wandered off. When people went over to help her, they realized that she was in fact stabbed. Hours later, she would die at the hospital. Around the time of her murder, two other schoolgirls were assaulted minutes earlier within a mile of the Wolin crime scene. Hundreds of people were interviewed and questioned. But no arrests were ever made. Decades later, a potential suspect was identified but never arrested. It still remains one of New Jersey’s most infamous cases. It is likely that whoever committed this murder may have attacked other children in other parts of the country. If you have any information about this case, please contact the Elizabeth, New Jersey police at 908-352-5216.

New Jersey Murder Victim Theresa Marie Caseiro was only sixteen years old and enjoying her summer when on July 24th, 1973 she was found brutally murdered in the house she lived in which is located in Willingboro. At the time she was staying across the street with a friend while her home was on the market to be sold. She went back to her house days before her body was found and encountered pure evil. At the time of her death, it was speculated that a burglar was looking to steal from the house. However, police have looked at several leads and persons over the decades. If you have any information about this murder, please call the Willingboro Police Department at 609 877 2200. Her siblings and other relatives want justice and answers.

Carla Vicentini had dreams of coming to the United States and be a college student. The 22 year old from Brazil was last seen at Adega Bar & Grill located on Ferry Street in Newark, NJ on February 10, 2006 at 2:00 to 2:30AM. She had left the bar to go to go outside with a heavyset white male with blue eyes and salt-pepper colored hair. His first name may have been Antonio. Carla had blond hair and brown eyes at the time of her disappearance. She was five foot seven inches tall and weighed around

140 pounds. She also had several piercings in both ears,

tongue and nose. She also has several tattoos as evidenced in the pictures.
Days later, Carla’s boss at her job received a phone call from a screaming woman. It is known who the call came from. Her family is devestated and wants her back.

If you have any information about this case, please call the Newark Police Department at 973-733-4336.

For additional pictures and information about this case, please visit the Charley Project page for Carla Vicentini.

$50,000 Reward for Information in Missing Man

It was March 11, 2009 when John Weisbrucker was last seen at his residence at the 200 black of Asbury Avenue in Ocean City. At the time he vanished, he was six foot 2, with brown hair and a brown mustache. He also had blue eyes and several tattoos. He was around twenty years old at the time.
Law Enforcement has gone on record stating that they believe Weisbrucker’s disappearance is not voluntary. He most likely knew his abductors and that there are people in the area of Ocean City with knowledge as to what happened. The Federal Bureau of Investigation is involved in this case and is offering the cash reward for information that will lead to an arrest or conviction of those responsible for the likely murder of John Weisbecker.

It was sometime before 8:35 a.m. on February. 25th, 1982, that someone left an explosive device, disguised as a package, near the front door of a home at 182 First Street in Middlesex Township.  The package was addressed to the owner of the house, Andrew Puskas.  He lived there with his wife and three young sons.

The package aroused suspicion as the family took it inside and called police.   The two foot long package had some blue glass canisters inside but Andrew thought the delivery was a bad joke.  The bomb would go off instantly killing Andrew and his wife Patricia.  Fortunately the three children were sent outside because Andrew was getting ready to drive the older two to school.  The house was engulfed in fire and destroyed.

Both  Andrew Puskas and his wife were 1964 New Brunswick High School graduates.  He  worked as a salesman out of  Newark and also was a lay minister. He had also served in the military in the Army Special Forces.  The couple had no known criminal record and were viewed as being very active in their church.  The couple’s three sons eventually moved in with other relatives but the case to date still remains unsolved.   Who would do such a thing that would entail killing an entire family?

For more information about this case visit. Crimestoppers

Or see this article in the Bridgewater Courier News

What happened to Missing mother who wanted move to Europe?

It was July 4th, 1982 when 36 year old Theresa Kawash was last seen at her Englewood Cliffs home in New Jersey. She was living at home with her 10 year old daughter and husband whom she was going through a divorce with, The two were dating other people and Theresa was involved with a new man that was from Norway. She was planning to move to Norway with her boyfriend and take her daughter with her. Her husband was going to court to prevent her from taking their child and moving overseas. On the day she disappeared, her Gold colored 1977 Datsun 280Z was also missing and has never been located. It was also reported that she and her husband had agreed to a cash settlement for their divorce that was more than $250,000.

Kawash is around five foot ten and 125 pounds. She had blond hair and blue eyes. Her daughter wants to know what happened to her. If you have any information about this case, please contact the Englewood Cliffs Police Department at 201-569-8300.