In the town of Agawam and the areas that surround it in Massachusetts and Connecticut, people still talk quietly about the brutal killing of Lisa Ziegert. She was a well liked teacher’s aide that worked in the town’s middle school with special need children. She also had a part time job at the Brittany’s Card and Gift Shoppe in town. April 15, 1992, was the last time anyone saw the popular 24 year old. The next day, the owner of the gift shop noticed that the door to the store was unlocked. Lisa, was nowhere to be found. Sadly, four days later on Easter Sunday, April 19, 1992, She was found deceased by a man walking his dog. She had been stabbed and sexually assaulted and was partially clothed. Her body was found in an area hundred of feet deep in the woods that was off of a dirt road that connected to Route 75 in town. Law Enforcement believe that she was abducted from the store between the times of 8:20 and 9:10 pm. At one time a $100,000 reward was offered by the state of Massachusetts for anyone with information that would lead them to the conviction of any individual(s) responsible for Ziegert’s death.

Many people have speculated as to who may have killed Lisa Ziegert. There are postings on the internet that allege that a possible killer may be protected by certain people. Some believe she may have known her killer. There are others that say that it may have been a former Massachusetts resident awaiting trial for a brutal murder in Florida. If you have any information about this case please call the Massachusetts State Police at 413-747-4809.

UPDATE: 48 year old Gary Schara of West Springfield was arrested for the rape and murder of Lisa Ziegert in September of 2017. Two years later, he was sentenced to life in prison, no word yet if Schara is responsible for any other unsolved murders or rapes.

Who Killed This Basketball Star and Why?

Lorenezen Wright was loyal to the city of Memphis, Tennessee. As a talented basketball player he had played high school, college and professional basketball in the bluff city. At 6 foot 11, Wright had earned himself a lucrative NBA contract and was making several millions of dollars a year. On July 18, 2010, He was last seen left at the home of his in Collierville, Tennessee. Four days later, his family filed a missing persons report. More than a week later on July 28, the body of the NBA bigman was found in a wooded area on Callis Cutoff Road that is west of Hacks Cross Road. Wright had been shot five times with wounds to his head, chest and right forearm. Police suspected foul play after Wright was last seen when a 911 call was made from his cell phone in the early hours of July 19. The person speaking on the phone was talking with the 911 dispatcher when several gun shots were heard. Wright left behind six children and his mother is looking for answers. Around the time of his death, Wright had started to experience financial difficulties as well.
If you know anything that could help investigators, please call (901) 528-CASH. There is a reward for information that can lead to the arrest and conviction of the person(s) responsible for the murder of Lorenzen Wright.

UPDATE:   In 2019, Sherra Wright (Lorenzen’s ex-wife) plead guilty to facilitation of murder in the first degree in Wright’s homicide She was sentenced to 30 years in prison.  Co-conspirator Billy Turner plead guilty to gun charges for a separate case.  His trial for Lorenzen’s murder is still upcoming.

Looking for Clues in Twenty Year Mystery of a John Doe 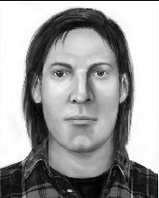 For two decades police and the community of Clinton, Wisconsin have been trying to find the name of a young man found in a wooded area of Turtle Creek in their town. It was hunters who discovered the remains on August 26, 1995 of man believed to be between 17 to 20 years old. Medical experts believed he may have died a year prior during the fall/winter of 1994. He was believed to be caucasian, five foot six and around 140 pounds. He may have lived in Minnesota, Michigan or Wisconsin. He was found wearing a black concert T-shirt with the band name Venom as well as wearing a plaid flannel jacket. A Nike Air Bound shoe was near the unidentified man called John Clinton Doe. His eye color could not be determined but he had long brown hair that went down to his collar. His manner and cause of death was never determined so it is possible that foul play may or may not be involved.

If you have any information about who this young man may be, please contact the Rock County Sheriff at 608-757-7927 or the Find JCD Project at 715-498-1632.   You can also visit a website dedicated to finding out this man’s identity at http://findjcd.org/

UPDATE: 2-24-2019.  He has been identified and it is believed that he may have died from hypothermia but that is not confirmed.  More information will be released in the future.

Jose Rodriguez was just trying to make a living in an occupation that is one of the most dangerous to work in. On July 16, 2007 the 42 year old married father of two children had picked up three men that day from Providence that day. He was later found with a gunshot wound to his head in his cab on Fuller Avenue between Sumner and Garfield streets in Central Falls. The next day Rodriguez succumbed to his injuries. Law Enforcement is hoping that someone saw what transpired because this crime occurred during the daytime. If you have any information about the murder of Jose Rodriguez you are urged to contact Detective Nichole Rave at 727-7411 extension 3123. There is a four thousand dollar reward being offered.

Another unsolved murder in Central Falls in late April of 2008 is that of 16 year old Central Falls High School student Edelmiro Roman. He fell victim on a Sunday night at the intersection of Dexter and Darling streets. While his murder is unrelated to that of Rodriguez, it may be a result of a gang or neighborhood group dispute.

10-5-2018:  Twenty Eight year old Ezekial Johnson, of Pawtucket has been convicted of  the murder of Jose Rodriguez.  He was sentenced to two consecutive life terms in prison.

Man Killed Night Before He Was To Move Out of State

He was supposed to move to Virginia on January 28, 2006 to start a new job. Instead forty year old Anthony Hamlin lay naked and dead from blunt force trauma to the head in an empty field off of Shewville Road. The area where he was found is near the popular Foxwoods Casino in Ledyard. The father of five children, he was from Groton and was an Eastern Pequot Indian who was very much involved with his tribal nation. Prior to his murder, he had hours earlier been in the city of New London. Police think he may have actually been in the vicinity of State and Bank Streets in the downtown area. What happened to Hamlin is a mystery to his family and law enforcement. Who murdered him and why?
The State of Connecticut is offering a $25,000 reward for information leading to the arrest and conviction of the person(s) involved in the homicide of Anthony Hamlin. If you have any information about this case you are urged to contact the Connecticut State Police Eastern District Major Crime Squad at 860-886-6603 or you can contact the New London County State’s Attorney at 860-443-2835.

1-1-2018: Timothy Johnson of Norwich, CT and Christopher Vincenti of New London have been pled guilty in the murder of Hamlin.  They are serving 20 years in prison.  The motive was robbery.

Half a Century Later, Case is still Cold

It was on July 17th, 1968, when 13 year old Jacqueline Harp, of Birch Street in Midland Park attended band practice for the “Imperial Knights” marching band. Around 9:00 pm, she left practice and sometime between 9:30 and 9:45 pm was seen by friends walking alone on Godwin Avenue in Midland Park, near “Stewart’s Hamburger.” At the time she was seen wearing tan shorts, a red and black shirt, and tan moccasins. Hours later at approximately 1:00 am in the morning of July 18th, her mother reported her missing to the Midland Park Police Department. Sadly a day later on the 18th, her body was found in a small field between a factory and private house located adjacent to Paterson Avenue in Midland Park.
If you have any information about this case please contact the Bergen County New Jersey Prosecutor’s Office at (201) 646-2300.

CASE SOLVED 1-3-2020:  Richard Cottingham known as the “Torso Killer” has confessed to the murder of Harp and that of  Irene Blase, 18, of Bogota; and Denise Falasca, 15, of Closter; all done by this monster during 1968 and 1969.  The Bergen County Prosecutor’s Office now considers these cases closed.