The White Mountains in New Hampshire have some of the most beautiful scenery in North America. There are dangers associated with the weather and altitude of Mount Washington and it’s many neighbors. One thing that visitors to this area don’t often worry about it murder. On November 15, 2001, 52 year old Louise Chaput was stabbed to death near the parking lot of Glen Ellis Falls at Pinkham Notch. The Canadian resident took a small vacation to go hiking and her body was found on November 22, 2001. The psychologist from Sherbrooke had suffered from numerous stab wounds. Police believe that she was murdered near nightfall.   Police revealed her car keys were stolen and the larger of her two backpacks.  Her car was not stolen and police noticed that her water, hiking shoes and some chocolate were still in the vehicle.

Police believe her murder was most likely random and not a result of her work being a psychologist.

Almost twenty five years earlier, there was another homicide in the town of Livermore. 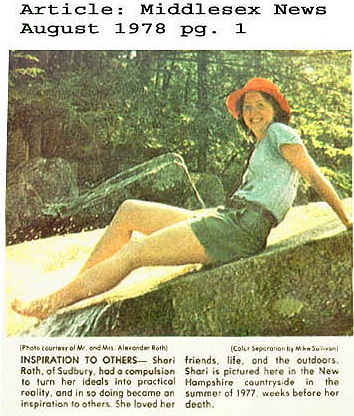 Twenty two year old Shari Lynn Roth had left her home in North Conway alone on August 21st, 1977, and had planned on going on a hike on the Sawyer Brook Trail in Livermore.  Her friends reported her missing when she did return home that Sunday evening.  She was found deceased on August 24th, 1977, off Route 302 near the Sawyer Pond,   Law Enforcement would late rule that she had died from being strangled.

An autopsy determined that Roth had been strangled to death.  According to a website about Roth, she was a Syracuse University graduate who worked with elderly people, women who were abused and mentally troubled teens.  For more information about her case, please visit http://www.shariroth.com/

There is a $25,000 reward for information that leads to an arrest and conviction in her case.

The murder sites are just a few miles from the famous Appalachian Trail. There have been several other murders, disappearances and suspicious deaths near the trail. See http://www.savagewatch.com/southern.html for two other cases.

Wrong Place At The Wrong Time? 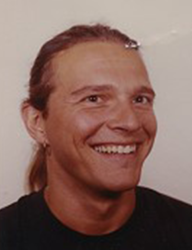 Diethelm Baumann liked America.  The thirty year old German national nicknamed “Ditze” had visited the United States many times and arrived on a Visa in 1992. He was a musician who settled in the city of Manchester and had his German girlfriend Melanie Schroeder  move in with him.   On the evening of February 26th, 1993 the native of Hamburg went to the Lafayette club located on Canal Street in Manchester with Melanie  to listen to a country-western band.

According to law enforcement the couple decided to leave around 11 pm that evening.  They talked in German about whether to take a cab to drive them home. A man came up behind them and butted into the conversation possibly thinking the two were engaged in an confrontation.  The unknown man and the couple exchanged words.  The couple got scared of the man and made their way to their vehicle when  a dark-colored vehicle, possible a Ford Bronco, Chevrolet Blazer, or a dark-colored truck with a cap went by. 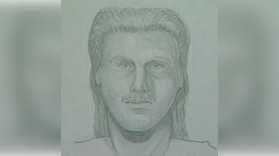 Baumann was shot in the face with a .45 caliber gun and died almost instantly.   Police believe the man that had argued with the couple fired the fatal shot.  The suspect in question is described as a white male around 29 to 31 years of age.  He is believed to be  5-foot-11 and has a medium, muscular build. At the time he had brown hair, long in the back and shorter on top with a mustache.  He is believed to have had blue or hazel eyes. 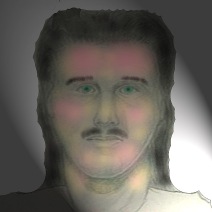 For years police have had a person of interest, but for decades not enough evidence for an arrest.  A few years after his murder, another person was stabbed to death outside the same club but that case was solved and believed not to be related to Diethelm Baumann’s murder.

If you have information about this murder please contact the Cold Case Unit of the New Hampshire State Police at (603) 271-2663.  You can also email them at  coldcaseunit@dos.nh.gov.