Tallahassee is best known as town where Florida State University is. In the early 80’s serial kiler Ted Bundy brutally murdered two college co-eds Lisa Levy and Margaret Bowman in the Chi-Omega Sorority house. He also went on to severely injure two other young women. He was eventually caught after the murder of a twelve year old girl, Kimberly Diane Leach. Bundy would eventually be executed for his brutal crimes in Florida while he is a suspect in dozens more across the country. However, there is another brutal crime that shook the college town in the 1960’s that has never been solved. The massacre of three

members of the Sims family on October 22, 1966 at their home on 641 Muriel Court. The family had moved from Meridien, Mississippi. Robert worked for the Department of Education and his wife, Helen was a receptionist at a large, local church. They had three daughters. On the evening of the murder, one of their older daughters, Jeannie came home from a babysitting job to find a horrible and grisly scene. 42 year old Robert had been shot once in the head and died from the fatal wound. 34 year old Helen was shot twice in the head and once in the leg. She woul

d die from her wounds days later. Their youngest daughter, Joy was stabbed six times and shot once in the head. It seemed that the attack against Joy was personal. All three victims were bound and gagged. The surviving two daughters of the family would go on to live with a family member in another state. Over the years, there have been suspects. The Reverend that Helen had worked for was a suspect at one time. Due to his many adulterous affairs, some thought Helen was killed for what she knew. A then teen-aged couple that lived nearby is also suspected in the brutal family murders. If you have any information about this brutal crime please contact the Leon County Sheriff’s Office at (850) 606-3300. To see a documentary about this case please visit https://vimeo.com/189936003 This film has an interview with one of the suspects in the case and talks to people that were involved with the investigation.

Family goes for Ride and Vanishes

Yakelin Llanes and her two sons Jonathan and Mario were last seen on August 28th, 1999. She rented a car and was traveling to the Tampa area to meet with the boys father. When she left her Miami home, the weather was extremely bad. The three never arrived in Tampa and the vehicle has never been recovered. Jonathan is described as being 8 years old, while Mario is 11 years old. They are both white males with brown hair and brown eyes. Their mother was 29 years old with black hair and brown eyes. She is described as a white hispanic female. Anyone with information, please call Crime Stoppers at 305-471-8477 or leave a tip at Guardians for the Missing

A Frightening Altercation, Then a Disappearance

Steven Mackrell was last seen at a Valero gas station at 3601 North Dixie Highway in Pompano Beach on July 30, 2016 at 2:32 am. The twenty five year old had been out with friends earlier the night before. While at the gas station, he had an altercation with an unknown, black male. After the incident, he drove away from the gas station however, the unknown, black male proceeded to follow him. Steven, the father of a two year old daughter has not been seen since that night nor has his vehicle has not been recovered. His family is desperate for answers. Steven Mackrell is described as being around 150 pounds. He is a white male who is five foot ten with a medium build. He has dark colored hair and his vehicle was a a white colored four door 2013 Ford Fusion. The license plate tags were WJ701.

If you have any information, please call Det. Sergeant Novak at 954-828-5556 or Crime Stoppers at 954-493-8477. There is a $3,000 reward for information in this case. You can remain anonymous. If you feel uncomfortable talking to the police, you can also leave a tip at Guardians for the Missing 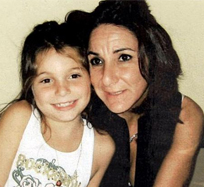 It was December 13, 2007 when security guards at the Town Center mall in Boca Raton, Florida. found the bodies of 47 year old Nancy Bochicchio and her seven year old daughter Joey, They were bound and shot to death at point blank range in Nancy’s black Chrysler Aspen. It is believed that the horrendous crime was committed the day before in the late afternoon or evening of Wednesday. Only months earlier, another unsolved murder took place months before in the same location.

Randi Gorenberg, a 52 year old mother of two who was also killed by an unidentified attacker at the Town Center mall on March 23, 2007. Police believe that the same suspect may have been responsible for an August 7, 2007 carjacking in which a gunman attacked held a 30-year-old woman and her 2-year-old son hostage in the same parking garage where the Bochicchios were murdered. the gunman made the woman withdraw a large sum of money from a nearby bank and made them drive back to the parking garage. They were left physically unharmed but bounded in their car. An unusual item about the two carjackings is that they involved a woman and child in the same mall parking garage. In both cases police say the victims were bound and attacked at their black SUV’s. 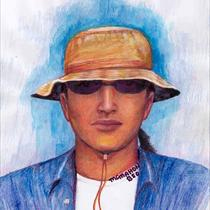 A composite sketch of the carjacker in the August 7 attack was released to the public and police believe that he may be responsible for the Bochicchio murders. The suspect in the composite drawing is said to be either a white or Hispanic male, between the ages of 18 and 25. He may be between 5’10” and 6′ tall, with a medium build and may have had a ponytail. Police are also open to the possibility that the murders of Gorenberg and Bochicchio may unrelated to the suspect in the sketch. If you have any information about this case about these cases, please call the Boca Raton Police Department at 561-338-1320 or Palm Beach County Crime Stoppers at 800-458-8477. 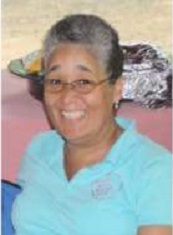 Noemi Gonzalez lived in North Miami at 400 block NE 136th Street with her adult son at the time of her disappearance. She was last seen by her son at 8am February 12, 2014. He said she went to bed and when he woke up he said he found his mother missing from the residence. Her purse and cellphone were still in the home and the door was unlocked. The 54 year old suffers from epilepsy and requires medication. Her sister reports that Noemi is responsible and speaks with her daily and this is unusual behavior. According to family, Noemi was having trouble with her son and had asked him to move out. Foul play is suspected. She is described as being five foot four inches and 160 pounds. She is a light skinned bi-racial hispanic female with short salt and pepper hair. She also has birthmarks on her arm and face, has brown eyes and wears glasses. Anyone with information, please contact the North Miami Police Department at 305-891-0294 or Crime Stoppers at 305-471-8477. You can also leave a tip at Guardians for the Missing There is a ten thousand dollar cash reward for information about this case.

Libby Dibenedetto was last seen on April 11, 2000. She was out with friends. She was living with her mother at the time of her disappearance and is the mother of three children. At the time she went missing, Dibenedetto was working at a doctor’s office and was recently divorced. On the morning of April 11, 2000, she called her therapist twice and her therapist told her to go home. She was less than half a mile away from her house, however, she never made it there. Dibenedetto has not been seen or heard from since that night and her vehicle, 1996, Toyota, Camry, beige, has not been recovered. She was 35 years old at the time of her disappearance. She is 5’6″, 140-150 pounds, black hair and brown eyes. Anyone with information, please call the Sunrise Police Department at 954-746-3370 or Crime Stoppers at 954-493-8477. You can also leave information at Guardians for the Missing

For 33 years Fort Lauderdale resident William Maholland had gone missing without a trace since May of 1984. In November of 2017, the 28 year old Maholland’s body was finally identified as that of an previously unidentified man shot in the head in the summer of 1984. Maholland’s body had been found in the Oconee National Forest on a remote dirt road between the towns of Forsyth and Gray in Georgia. His body was almost 600 miles from where he lived in Florida. Maholland was a cocaine dealer who when he vanished had his home broken into and his safe broken into. It is believed that he may have been murdered during a cocaine deal gone bad. If you have any information about this case please contact the Fort Lauderdale Police Department at (954) 828-5700.

Hurricane Football Star is Gunned Down in Broad Daylight

Bryan Pata was considered a likable teammate at the University of Miami in Florida. An excellent player who was a defensive lineman for the football team.  The member of the powerhouse Hurricanes wore the number 95 and majored in Criminology.  During the afternoon of November 7th, 2006, the nearly six foot four and nearly 300 hundred pound football star was shot to death in the parking lot of the gated community in the suburban Kendall, which was less than five miles from campus . The 22 year old had left football practice just minutes prior, witnesses reported that when he arrived he had an argument with a man and was shot several times. Pata’s girlfriend who he shared the apartment with, was inside while he was shot, ran out and called 911. There were theories as to who killed him. One involved members of another football team Florida International University who had a prior brawl with University of Miami Hurricane Football players. Other rumors pointed to jealous people from the poor inner city area of Miami where Pata had grown up due to a flashy lifestyle. In the end, a person of interest was identified and arrested in another state on gun charges. That individual has been considered a suspect in other homicides and is a relative of Bryan Pata’s then girlfriend.  Another person of interest is a former college teammate, that Pata had several physical altercations with,  Pata also had fights with Miam area gang members and business dealings that had some people upset.  ESPN did an article/story on this case and can be found here.  https://www.espn.com/espn/feature/story/_/id/30204203/killed-miami-hurricanes-football-player-bryan-pata The case continues to remain cold and his family is frustrated with the lack of an arrest.  if you have information about the murder of Bryan Pata, call Crime Stoppers, anonymously, at (305) 471-TIPS (8477) or you can call Law Enforcement at 305-471-TIPS. UPDATE:  Thirty five year old Rashaun Jones a former teammate of Pata was arrested for his murder. Pata had been romantically involved with the ex-girlfriend of Jones.  And the two had a fight prior to his murder in which Pata got the better of Jones.  Jones had been a longtime suspect in the case.   https://www.miamiherald.com/sports/college/acc/university-of-miami/article253589064.html