Bruiser Brody is a Pro Wrestling legend.  Although he wrestled under various names, Frank Goodish was a fan favorite despite playing both heel and baby face.  Beloved by some wrestlers and feared by others as well as promoters, Frank Goodish could be difficult in doing business with. On July 16, 1988, Goodish was at an arena in the town of Bayamon, in Puerto Rico, when he went to a shower stall to discuss business with a local promoter and wrestler named Jose Huertas Gonzalez.  An argument and scuffle ensued and Goodish was stabbed twice.   Fellow wrestler Mr. USA Tony Atlas heard the commotion and saw González holding a knife.  It would takes hours for Goodish to get to a hospital and he would die from his injuries.  Gonzalez was tried in court but the witnesses to what happened were never called to testify until after the trail in which Gonzalez was acquitted due to his claim of self defense.

There has been talk that others in the Puerto Rican Wrestling scene covered for Gonzalez (who wrestled as Invader 1) and that they helped him get away with murder.  Others theorize that Gonzalez and another high profile name in the business planned to kill him due to money that Goodish was owed.  There is also a story that the Gonzalez had told another wrestler years earlier that he wanted to kill Goodish because he had been beaten him up in the ring by Goodish.

None the less, while people may say wrestling is fake, it is not it is scripted.  But even that doesn’t mean that people don’t get beaten up and even crippled in the ring.  And in the case of Bruiser Brody (Frank Goodish) murdered outside the ring.

Why Was This Monster Allowed to BE Free? 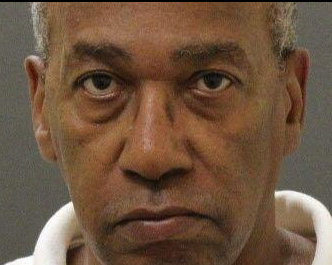 It was Mother’s Day in 2019, when someone made a grisly discovery at the Clarks Lane Garden Apartments in the city of Baltimore, Maryland.  It was the dismembered remains of a woman found in a shopping cart.    The woman would be identified as Dominique Foster, a 43 year old mother of six children.    Police would eventually make an arrest of man named Lawrence Banks.   Banks was very familiar to Foster, he was her father.

Banks is no stranger to Law Enforcement.  He’s been in prison before.  In 1976, in an argument with his then wife, he threw their 7 month old baby through a glass door causing injury to the child (the same child he would murder in 2019).  That woman, Vivian Banks would be found dead shortly before for the trial for assaulting the child.  When she was found, her remains were badly decomposed and no arrest was ever made in her death.  Lawrence Banks would  receive a 15 year sentence for his crime against the 7 month old baby but that sentence would be cut short.  He would be out of prison only to land back there for two murders on the same day in 1991, where he shot to death his own son and another man in separate incidents.  Despite the violent crime, he was once again let out for good behavior in 2002.  Tragedy would soon follow when in the 2006, the daughter of a girlfriend of Banks named Lisa Laverne Brown filed a protective order against the convicted killer.  She and her young daughter would be victims of homicide.double murder.  Authorities tried to build a case against him but have been unsuccessful, however, they found that Banks had violated his probation and sent him back to prison until 2014.

Before his latest arrest, Banks earned a graduate degree and was a retired housing inspector.  While in court, his Public Defender stated he was a father of six.  But the questions remains, are those six still alive, or was it eight?   If Banks could easily kill those that were close to him and others that he knew,how many strangers and casual acquaintances did this monster kill? 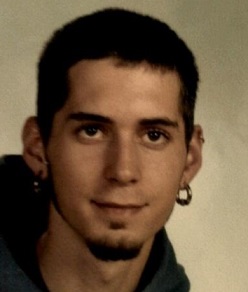 John Stewart (pictured), was a 19 year old man, who was killed a car on Route 5 in the early morning hours of Nov. 17, 2002 in the town of Enfield, Connecticut. A passerby discovered his body around 6 a.m. that morning and Stewart would be transported to a nearby hospital where he would succumb to his injuries.  Police knew that the vehicle that hit Stewart was a was a red Jeep Cherokee.   There was a reward for information in the case but the statute of limitations of ten years had run out.

Thirteen years after Stewart’s death, Law Enforcement would get a confession from a man identified as Daniel Corsini.  The law was changed in 2012 to make no time expiration on motor vehicle incidents that involve any sort of fatalities, sadly this law can’t be applied retroactively.

Corsini was not the only one involved in this crime, his friend, Richard Kress, 42, helped Corsini to get rid of his vehicle that was involved in the accident.   Both men were never charged with any crime.

In a quote in the Enfield Patch, Stewart’s father had this to say,

“If you have never been in this situation, you don’t know this pain, but I can tell you that losing my son is tragic. But to lose him to an uncaring, self-centered, self-entitled coward who allowed me and my family to wake every morning to relive the fact that it wasn’t a dream; it’s torturous to one’s soul. Everyday thinking that John is gone, that John had suffered, that I couldn’t say good-bye, that I will never hear his voice again, that he will never have a chance to be a dad and know the blessing of the love a parent has for their children. That as his father, his parent, his ultimate protector and care giver, I could not save him.”

Corsini is one guy that you hope you never have to share the same road with.