Christmas Eve is one of the few times of the year where everything is supposed to be peaceful. Back in 1973, for one family it was a night of unspeakable tragedy. Kevin B. Showalter, a 20-year-old Mitchell College student, was changing a tire on a well-lit section of Pequot Avenue on the New London shoreline. He was struck and killed by a car at 11:12 p.m. His girlfriend at the time, was only 6 feet away on a stone wall and claimed she saw nothing.
There were immediate reports of a potential suspect but there was reluctance to prosecute as rumors of a police and judicial coverup were abound. It wasn’t until years later that Judge Joseph Dannehy of Willimantic, acting as a one-man grand jury, named the former Mayor of New London, Harvey N. Mallove as the probable driver of the hit-run vehicle. The popular former Mayor was never prosecuted and probably never will because he died several years ago.

The mystery of Showalter’s death deepened in January of 2005 as a man named Paul Hansen committed suicide. In 1979, he claimed that he was the person that killed Showalter. However, this claim was never proven to be true. The New London Day Newspaper tried to get transcripts of Two Grand Jury Investigations but were not allowed to do so. Decades after his death, it seems some people are afraid of the truth getting out.

Halloween A Horror for One Family

Nineteen year old Eric Villarreal went to a Party on Halloween in 2010. He was hit by a vehicle as he walked home from a party. Just four minutes from his house on Tandy Road (1100 block of W. Tandy Road) in Brownsville, Texas, he was hit and died instantly from a broken neck. He was dragged underneath the vehicle for 150 feet. Police believe he was found around two hours later at 04:47am. If you know who is responsible for killing Eric Villareal, please call the Brownsville Police Department at (956) 548-7000.

November 25, 2004. Thanksgiving. Twenty year old Arlin Landa of Deep River was found deceased on Neptune Avenue in East Haddam, Connecticut at 1:24 am. Landa had attended a party at a residence on the street, he had left for a walk at 11:30pm. A friend of his discovered Landa’s body nearby across from the American Legion Hall. Police believe that a mid to late 90s green General Motors vehicle may have been involved with this fatal incident.  Landa was described as a self taught artist, His tattoos were of his own artwork. He liked to play soccer, collect comic books and be around his friends.

Anyone with information is asked to contact the State Police Troop K at 860-537-7500. All information can be confidential. His family and friends want answers and accountability.

Father of Three Run Over By Car Thief

It was February 14th, 1984 when 26 year old Ray Hollingsworth was run over by a car thief outside a Lakeland Bar in Florida. The vehicle that was stolen (a 1980 Ford Pinto) was the one Hollingsworth had driven to the bar. Just before midnight, Hollingsworth was with his wife and friends at the ABC Lounge in Grove Park Shopping Center on U.S. 98 South. They were celebrating his 26th birthday. He had gone outside to retrieve money from a car to pay a bar tab. He would be critically injured and would die days later on Valentine’s Day. The driver had purposely swerved to hit Hollingsworth and the case has gone cold. He left behind a wife and three young children who now have children themselves. They still hope for an arrest and justice in the case.

If you have any information about this case, please call the Lakeland Police Department at (863) 834-8951. You can also email any tips to coldcasetips@lakelandgov.net. If you don’t wish to talk to the police you may also call the Heartland Crime Stoppers at (800) 226-8477.

It was the type of car accident you would see in the movies, only that it was not a stunt. On April 7th, 2013, the father of seven children was a victim of a hit-and-run on Interstate 65 in Limestone County of near Ardmore in Alabama. The 49 year old’s Jeep Cherokee was hit from behind by a large oversized truck. George Thomas Bolden’s truck flipped several times and was stopped by a tree. The killer who hit him, never even bothered to stop to help.

The State of Connecticut is offering a Fifty Thousand Dollar Reward for information that will lead to the arrest and conviction of the individual(s) responsible for the hit and run death of Robert Mosher Jr on June 6, 2003. The 25 year old who lived at 64 Killingly Avenue in Putnam was walking south on the Northbound shoulder of Route 12 (Killingly Avenue). Somewhere between 2 and 2:30 that morning, it is theorized that a vehicle traveling north struck and killed Mosher. A passing motorist spotted the victim and he was pronounced dead at the scene by paramedics.

If you have any information, please contact the Connecticut State Police Major Crime Squad unit at Troop D of the State Police at 860-779-4900 or 800-954-8828. All calls can be kept confidential.

Young Girl’s Life Taken from her in New Haven

It was June 5, 2008, when fifth grader Gabrielle Lee when she was walking across Whalley Avenue from the Top Kat Laundromat in New Haven, Connecticut. She had been trying to help her mother and brother carrying laundry when a car hit and killed her. Gabrielle was just 11 years old . Police believe that the car may have been a Volkswagon Jetta and the incident happened around 9:30 that night. In 2012, New Haven Police announced that they are seeking a possible witness who may have been following the car on the bicycle and may know the occupants of the suspect vehicle.
There is a ten thousand dollar reward leading up to information for an arrest and conviction of the person(s) responsible for her death. Please call the New Haven Department at 203-946-6333. You can remain anonymous.

In the Dead of Night, Women Left to Die in the Street 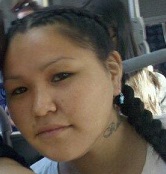 It was October 4th, 2011, when a twenty five year old mother of two was hit by a vehicle and left to die in Anchorage, Alaska. Her lifeless body was found on Penland Parkway, between the Northway Mall and the trailer park where she resided. The woman whose name was Geraldine Burns was declared Dead at the scene. Police believe the car in question may have been a lighter colored Jeep Grand Cherokee that was built between 2002 and 2005.
If you have any information about this case, please call the Anchorage Police Department at 907-786-8900.

It was Saturday, 5:30 pm on November 15th, 1986, when sixty-five year old Ruth Angell was killed by a hit and run driver in a parking lot of a busy shopping center on Elm Street in Manchester, New Hampshire . It was a brutal death as she was crushed and dragged under the vehicle before the car drove away. At the time of her death, Angell had no known relatives, she lived alone with few possessions even though many people knew who she was. In the months prior to her death, she had been experiencing health issues and had been falling. It is a possibility that Angell may have fallen before she was killed.
If you have any information about this death, please call the Manchester Police Department at (603) 668-8711.