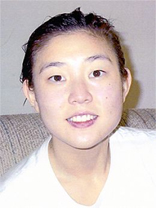 It was a horrible discovery, the body of a 30-year-old woman who had been raped, beaten and strangled in the River Park section of Fairmount Park in Philadelphia, Pennsylvania on July 17, 2003. The 5-foot-1, 100-pound body victim was named Rebecca Park and she was a fourth-year medical student at the Philadelphia College of Osteopathic Medicine. She had only lived a few blocks away in an apartment on Lankenau Avenue. DNA tests confirmed that her attacker had sexually assaulted two other women in the area. His attacks spanned between 2003 through 2007.
April 30, 2003, a woman in her early 20’s was raped at knife-point while she jogged on Kelly Drive and Fountain Green Drive.

August 11, 2007, another female victim was raped near Frankford and Solly Avenues.

There may have been another attack in 2003 where a woman fortunately got away but her attacker matched the description of the Fairmount Park Rapist. 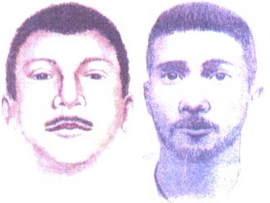 The suspect may be a Hispanic male with a Latino accent. He is about 5-feet-8-inches tall, muscular build, dark complexion, black hair, thin mustache and bushy eyebrows. In two of the attacks, he wore an earring on his left ear and fled away on a purple metallic 10-speed bike.

If you have information about this case and who this rapist/murderer may be, please contact Philadelphia Law Enforcement at 215-685-3251 or 215-686-3335. There is a reward for information that leads to an arrest in these crimes.

Man Runs for his Life only to be Gunned Down

It was July 11th, 2014 at 1:00am when 20 year old Travon Green was shot to death as he tried to get away from his kiler(s) in the city of Erie, Pennsylvania. He had been shot in the chest but it was a gunshot to the back that proved fatal. He was found still alive at the 700 block of east 10th street in the East Side of the city.  Police believed he ran for several blocks before he died. If you know anything about this case, please call the Erie Police Detectives at 814-870-1163 extension 1205.

It was September 8th, 1970 when 52 year old John Leonard Sr. was found dead inside his cab near the entrance at the now closed Buck Hills Inn in the Pocanos area of Pennsylvania. He had been shot four times in the head. Leonard had been summoned there to pick up someone that was looking for a ride. A suspect has never been identified but a person of interest who was seen near the cab had the following description: early 20’s, he wore horn-rimmed glasses, had on a blue-green windbreaker with dark pants and carrying a Globe Store bag.

The divorced father of two would lose his ex-wife in a car accident years later and his children would be orphans while they were still in their teenaged years. His surviving children still want to know who killed their father and why. Someone may know something. If you have any information about this murder please call the Pennsylvania State Police at 570-839-1020 at extension 222.

Horrendous Murder Half a Century Ago Never Solved

July 12, 1972 was the last time Dellapenna family saw their 17 year old daughter alive. Dolores Dellapenna was abducted just feet from her home in the Tacony section of Philadelphia, Pennsylvania. A few weeks later various parts of her body were found. Her torso and arms were discovered nearly 20 miles from her legs in rural areas of New Jersey. Her finger tips were cut off in attempt to prevent her proper identification. A witness reported seeing a man and woman struggle near the scene of her abduction. Police believe she may have been taken after she got off a Route 56 trolley. Police believe that there are people that know what happened yet never cooperated with police. There are theories that drug dealers may have been involved but that she was not involved in any illegal activity. Instead the former honors student from the Saint Hubert’s High School for Girls may have had information about certain criminals.

If you have any information about this case please contact the Philadelphia Police Department at 215.686.TIPS (8477) or text PPDTIP (773847). Decades ago, there were several rewards offered by different organizations and still may be valid. 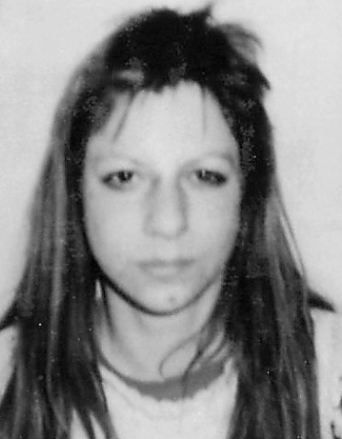 It was on January 16th, 1998 when a security guard found the deceased body of Roxanne Myers on the Lancaster General Health campus in East Hempfield, Township in Pennsylvania.  Her remains were located at a former dead end road of Spring Valley Road that has now been transformed into a thoroughfare to Route 741.  The thirty year old had struggled with addiction and worked the streets as a prostitute.  She had been seen hours earlier on a nearby city street in Lancaster before she was beaten on the head and strangled to death.

A few years earlier on April 11, 1995 Juanita Chevalier’s body was found near an abandoned city rail line, that was about a 100 yards from Hazel and South Prince Streets.  She like Myers was a prostitute and was also strangled.  Though there is no DNA connecting the two victims, some in Law Enforcement believe that the two women may have been slain by the same killer.  Most likely a client or john. 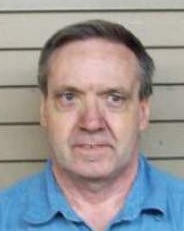 By all account Daniel Niehaus, was a reliable and good worker at the Trib Total Media printing and distribution center in West Deer, Pennsylavania.  He would take three sixk days before the Memorial Day weekend in 2013.  , He returned to work for one day after the Holiday but called out sick again. It was the last anyone saw of the Penn Hills resident.

A year after his disappearance, a West View Water Authority employee found human remains on an Ohio River bank in the town of Avalon.  It would be another year before DNA testing would reveal the bones as that of the quiet fifty nine year old Niehaus.   It has never been determined what happened to him or how he died.

His former employer, Trib Total Media offers a $10,000 reward for information about his death (if the case is a result of foul play)

She was just 23 years old when she died on May 10th 1983.  Nancy Argentino was the girlfriend of married WWF (World Wrestling Federation) Wrestling Superstar Jimmy “Superfly” Snuka, when she was found in a motel room at the George Washington Motor Lodge that she shared with Snuka in the town of Whitehall Township, Pennsylvania.  Paramedics at the time noticed she had a traumatic head injury and she was rushed to a hospital where she would eventually pass away from a traumatic head/brain injury. A Brooklyn, New York native, she often traveled with Snuka whenever he was on tour in the North East region of the country.

The case was deemed suspicious as an autopsy revealed that Argentino suffered from several bruises and cuts prior to her death.  It was also noted that the fatal blow to the head resulted from Argentino’s head striking a grounded or unmoving object. Despite suggestions from the Coroner and other Law Enforcement, the case was never investigated as a homicide until decades later when Snuka had an autobiography published that relayed things that incriminated him in Argentino’s death.

Snuka is alleged to have not only repeatedly beaten Argentino, but other women as well including his own wife. In September of 2015, he was charged with third-degree murder and involuntary manslaughter charges, for the death of  Nancy Argentino. Superfly denied his guilt in court and was ultimately found unfit for trial due to dementia and an ongoing cancer battle.  Snuka died in early 2017, but there is a strong reason to believe that there are others that knew what Snuka did to Argentino those last 24 hours and never came forward to authorities.

To see a documentary about this case please view Vice: Darkside of the Ring.

Two Brothers Murdered, One Killed for Doing the Right Thing….

Losing one family member to a homicide is tough for parents and siblings. Losing two is twice the grief for the families of Khaleaf and Khalil Sistrunk, On November 16th, 2020 at around 6:20pm two gunmen approached the twenty-one year old Khaleaf in front of the the Clothespin sculpture that is across from Philadelphia City Hall. The assassins fired their guns 11 times and struck him several times in front of several bystanders. It was not the first time that someone had tried to kill the FedEx Delivery Worker who had been shot at a year earlier and was not hit despite his co-worker sustaining serious bullet wounds.

Khaleaf was targeted for death because he was viewed “as a snitch” because he testified as a witness in the murder trial of man (resulting in a conviction) who killed his sixteen year old friend “William Bethel: as well as giving information to Law Enforcement about the person(s) responsible for killing his brother Khalil. Khalil was killed in 2018 Khalil when he was with a group of friends near Broad and Catherine in Philadelphia, just minutes from his family’s home. A drive by shooting took place as part of a gang turf war and Khalil was killed. Khalil is not believed to have been part of the feuding gang members.

If you have any information about the murders of Khalil and Khaleaf Sistrunks deaths are asked to contact the Philadelphia Police Department at 215-686-TIPS (8477).  You can remain anonymous.