On December 1, 1994, Melissa Witt vanished from the Bowling World parking lot in Fort Smith, Arkansas. Six weeks later, on January 13, 1995, two trappers hunting near Turner’s Bend in the Ozark National Forest discovered the body of Melissa Witt. To date, her case remains unsolved. We feel it is time to circle back around to another suspect in this case:  Travis Crouch, AKA: “Tramp” or “Skull” He will be up for Parole in 2024. Travis Crouch is an Ozark native and is currently in prison in Colorado for the rape of another young woman. According to authorities, Crouch has been (and continues to be) one of the top suspects in Melissa’s disappearance and murder. At the time of Melissa’s murder, Crouch was a carpenter at a church camp north of Ozark near where Missy’s body was found. In fact, the camp was located just a few miles from where Melissa’s body was recovered.  He was also known to camp in that area. Crouch grew up in the Franklin County area where Witt’s body was found. Crouch 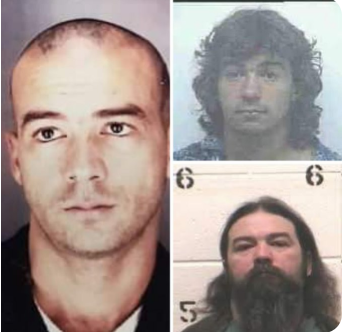 often hunted and camped in that very area. Because Witt’s body was found during deer season in such a remote area, police believe only a hunter or someone familiar with the area could have dumped her body without being caught. According to a newspaper article from the Southwest Times Records dated February 9, 1999: – In March of 1998, hair, fiber and stain samples taken from a car that Travis Crouch had access to in 1994 were sent to the FBI for evaluation.  Travis Crouch was released from jail in Minnesota in October of 1994. Once released from jail, Travis traveled to Arkansas. According to investigators, Travis Crouch never provided an alibi for his whereabouts on December 1, 1994. There are witnesses that place him in Arkansas in mid-December of 1994. Records show that he was arrested in New Orleans on January 1st of 1995. Travis did indeed travel to Arkansas after his release from jail in October of 1994. Please keep in mind that Travis Crouch had a long criminal history — his past is filled with violence, stabbings, sexual assaults, drug activity, and rape accusations.  In 1997, Crouch was panhandling at a Boulder, Colorado shopping 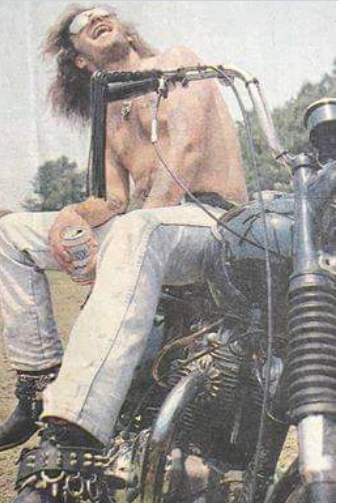 mall when he started talking to a young woman. He then took this woman in her OWN CAR from a mall parking lot. He drove her to a remote location (mountain top) in Colorado where he brutally sexually assaulted her. She escaped with her life when he passed out from a drug induced stupor in her car. She fled from the car completely naked and was able to get help. Travis was arrested a short time later near the same area in which the assault took place. Please keep in mind that Travis Crouch is a suspect for the following reasons: 1)  Travis Crouch knew the area. In fact as a child, he lived at a camp just a few miles from where her body was found. 2) Friends of Travis Crouch state that he hunted in that very area in which Melissa’s body was found. 3) Travis was working odd jobs as a carpenter in 1994 — including doing some work at the camp — the very camp he had lived at as a child — that was just MILES FROM where Melissa Witt’s body was found. 4) Keep in mind, Melissa was found nude and it is believed that her abduction and murder was sexually motivated. 5) Travis Crouch, a 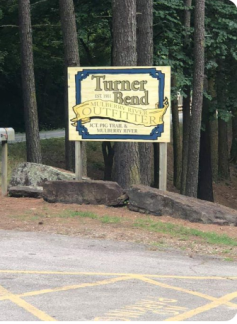 known drug addict and violent criminal, was in the area AND has not provided any kind of an alibi. 6) He has several prior arrest’s for Rape but never sentenced. 7) Just a few years later, Crouch is arrested and convicted for the crime that was very similar to that of the Melissa Witt case: A young woman is kidnapped from a parking lot, taken to a remote mountain top, stripped naked, sexually assaulted…. the only difference is that that young woman escaped with her life. —- Below is news article dated July 8, 1998.  This article ran in the Rocky Mountain News in Denver, Colorado. This article touches on the sentencing phase of his trial in Colorado, along with an important point made by Judge Morris Sandstead.  Our team believes this article sums up the man that is Travis Dale Crouch:

—– RAPIST SENTENCED TO 64 YEARS  BOULDER — A convicted rapist was sentenced to 64 years in prison Monday after a profanity-laced outburst that got him ejected from the courtroom. “To hell with you,” the 31-year-old Travis Dale Crouch shouted as District Court Judge Morris Sandstead ordered him removed. Crouch’s outburst came after he denied sexually assaulting a 20-year-old Broomfield woman on July 28, 1997. “I never had any power over this girl,” Crouch said. “I didn’t force sex on this person. I don’t give a damn what anybody says.” Just prior to handing down the sentence, Sandstead called Crouch “a sexual predator and a danger to others.” “No sentence that can be imposed by this court can make the defendant understand the depth of his criminality,” Sandstead said. —– Regardless, Travis Crouch has never proven to law enforcement where he was on December 1st of 1994. Please keep in mind that without verifiable proof of where Crouch was at that time — he REMAINS a SUSPECT in the Melissa Witt murder investigation.  (There are many reasons that Crouch is a suspect in this case.  Please see previous posts regarding this information). It’s important to also keep in mind that Travis Crouch has a long criminal history — his past is filled with violence, stabbings, drug activity, sexual assaults and rape accusations. He is currently in prison in Colorado because he kidnapped and brutally sexually assaulted a young woman. She escaped with her life when he passed out from a drug induced stupor in her car.  Our documentary team is asking the public to come forward if you have any information on any of the following points: 1)  The whereabouts of Travis Crouch during this time frame:  November 30, 1994 thru December 15, 1994. 2)  Any known associates of Travis Crouch in the Fort Smith, Ozark, Altus, Mulberry, and Clarksville, Arkansas or surrounding areas. 3) If Travis Crouch had access to other vehicles, perhaps that belonged to close friends or relatives in December of 1994. 4) Any additional information on any additional rapes, sexual assaults or any other known criminal activity that Travis has been involved in.

If you have any information about Travis Crouch and the time he spent in those areas (or even a location we haven’t mentioned), please contact our team. We need to hear from you!   Regardless, Travis Crouch has never proven to law enforcement where he was on December 1st of 1994. Please keep in mind that without verifiable proof of where Crouch was at that time — he REMAINS a SUSPECT in the Melissa Witt murder investigation. Additionally, we ask all any and all witnesses to come forward if they can place Travis Crouch in the Fort Smith and Ozark areas in late November and early December of 1994.

We have provided photos of Travis with this post. The photo of him on the motorcycle was taken in Myrtle Beach in the mid-90’s and the other photos are mug shots of Crouch from the 1990’s. Below are 4 photos of Travis Dale Crouch from over the years. We will not back down from sharing information about Travis Crouch until law enforcement clears him as a suspect in this case.  To date, nobody has been able to provide any proof of his whereabouts on December 1, 1994.  If you have verifiable evidence that could clear Travis Crouch, please come forward.  If you have verifiable evidence that Travis Crouch was in Fort Smith or was involved with this crime, please come forward. Please find the courage to come forward.  All information will be kept confidential and your identity will not be released to the public. Melissa Witt Documentary Team 1-800-440-1922 Whokilledmissywitt@gmail.com