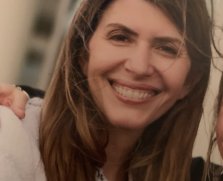 While much attention has been paid to Jennifer Farber-Dulos’s home in New Canaan, Connecticut (near the the New York border) as well as the last house where she and her husband Fotis Dulos lived in Farmington, Connecticut.

back in 2010.  A house off of Sky View Drive in Avon which last sold for 3.5 million dollars back in 2010.  Fotis Dulos was even hired years later to  perform major interior work after the home sustained serious water damage from a burst pipe.  Law Enforcement is reported to have looked at the residence after

the mother of 5 young children went missing from her New Canaan home on May 24, 2019.   However, Police are silent about whether or not they are still looking at the large amount of woodlands that surround the property.   There is quite a bit of woodlands surrounding the property, where evidence and even a person could be hidden.

We are a website about solving cold cases, unsolved crimes and some other bizarre stuff. View all posts by Cold Cases