His composite sketch was out there as was his DNA in several databases.  On September 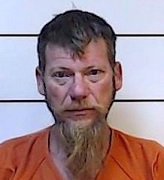 ville, Mississippi and brutally two women. 65 year old Betty Jones was stabbed by the intruder and then sexually assaulted. The intruder did not stop there as he then attacked the home owner 81 year old Katherine Crigler. She too, was raped and would die from her injuries a month later.  In early October, police got their man.  Now it looks like Michael Devaughan will spend the rest of his life behind bars or be executed for these crimes if found guilty.

For more details visit this article.