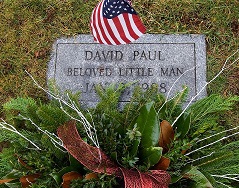 Photograph by David Zajac of the Record Journal

He was left to freeze to death and was found on January 2nd 1988 in Meriden, Connecticut.  Local Clergy gave him the name of David Paul.  32 years later, his mother was identified as 25 year old Karen Kuzmak-Roche.  She had called the fire department after giving birth asking them to look for something in the area where she had left her son.  IT is unlikely that she will face criminal charges.  Police are still trying to verify David’s biological father but indicate he may have nothing to do with his death.  For more information click here. 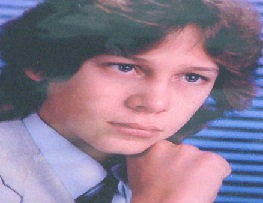 Now that this homicide has been solved, hopefully, Meriden Police can catch the killers of Daniel Ormsby.  He had his whole life ahead of him, unfortunately  during the early morning of October 6th 1990, an armed robbery changed that.  The 21 year old Meriden man was working at the Dominoes Pizza on East Main Street and Dexter Avenue.  Two men entered the establishment and held up Ormsby.  There were not just satisfied with taking the money, one of them took a handgun and shot him once in the abdomen which would prove to be a fatal wound.  The case sadly has gone cold.   Police solved the case of David Paul, let’s hope the Ormsby family gets justice too.