Woman Disappears from New York Native American Reservation and a Dark Tale may reveal her fate. 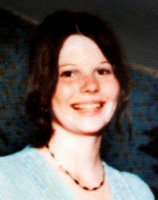 It was a Friday evening on May 8, 1981, when Tammy Mahoney was picked up while hitchhiking in the city of Oneida near the intersection of Main Street and Fairview Avenue. The nineteen year old had been trying to get a ride to Hamilton, but she was taken to a party on the Oneida Native American Nation’s 32-acre territory located on Route 46.  Law Enforcement believes she was sexually assaulted and murdered there by several people.  It is believed that those guilty may be members of the Oneida tribe and members of the Onondaga tribe.  Mahoney’s remains has never been located but Law Enforcement have stated that they believe they know who killed her and plan to make an arrest when more evidence is found.  The reward has been boosted to 40 thousand dollars.  The FBI, the Oneida Indian Nation are contributing to the reward for information that leads to a resolution in this case.

If you have information about this missing person/murder case, please call the Oneida City Police Department at (315) 363-2323.   You can remain anonymous.

Cornell University in Ithaca, New York is one of the prestigious Ivy League Institutions in the United States.  Cornell has a solid reputation as perhaps being the most difficult as far as workload goes.  The Campus has been plagued for decades with suicides of students many of whom jumped into the ravines near the campus due to academic and personal pressures.

While Cornell has graduated many of the brightest in the world, eight students and one college professor were not able to due to a tragic incident in 1967.

On the early morning of April 5th at around 4pm a fire took hold of the Cornell Heights Residential Club.  In the end students Martha Beck,  Meimei Cheng, Peter Cooch, Carol Lynn Kurtz, Anne McCormic, Jeffrey William Smith, Jennie Zu-wei Sun,  and Johanna Christina Wallden, would lose their lives.  Professor John Alban Finch would die a hero as he ran back into the building to try and save students from the blaze.  The nine would die as a result of asphyxia by toxic smoke inhalation.”

The incident has largely been forgotten by the University and LAw Enforcement.  The deaths have never been declared a homicide.

Suspicion would deepen as as two more fires broke out at residences housing some of the displaced students  from the Cornell Heights Residential Club.  One was at the Watermargin Cooperative on May 23, 1967, and the second would occur at 211 Eddy Street, a week later.  In all three fires an accelerant was found.

The building had no sprinklers and a lack of fire escapes.

Years later in 1972, Cornell University would be found negligent by a United States Northern District Court of New York in a lawsuit by the parents of a deceased student.

Questions still remain and according to an article in the New York Times some survivors of the fire believe they may know a possible suspect.

Additional information can be found at Cornell Sun