James Lusher Jr. had planned to take a bike ride to the town of Blandford, Massachusetts on November 6, 1992. The teenager from Westfield was going to watch a bicycle race that day. HE never made it. Days later his bike was found near a pond in a wooded area of Westfield. A search turned up nothing. At first it was believed that Lusher may have run away. He had some behavioral issues as well as having the mental capacity of a twelve year old child. However, as time has passed, it is likely that he was a victim of foul play. One such suspect could have been Louis Lent. Lent was convicted of killing 12 year old Jimmy Bernardo from Pittsfield. Lent was eventually caught when a passerby thwarted his attempt to kidnap a young girl. Lent is a suspect in the disappearance of several boys and girls in the New York/New England area. There are other people of interest that may have harmed Lusher as well. However, their names have not been made public. Please contact the Westfield police department at 413-562-5411 if you have information about this case.

Up until 2011, the town of Andover had gone twenty years without a homicide. On the Wednesday morning of December 14, 2011, the peace and tranquility of the town were shattered. John Magee who was 69 year old and his 67 year old wife, Geraldine were found shot to death in their million dollar mansion located on 7 Orchard Crossing. Their bodies had been found by their grandchildren and daughter. Caroline had died of a single shot to the head, her husband suffered wound to his head, neck and chest. The couple’s SUV Vehicle had been found in Boston’s North End the night before, it was lit on fire. It is possible that the car being lit on fire could have been a diversion. Magee was a real estate developer, his wife a retired teacher and Realtor. Police have been very tight lipped about the investigation and very little is known about the case. However, it does look like a very planned out crime and will not be easy to solve. If you have any information about this case, please contact the Andover Police Department at 978-470-3864. You can remain anonymous.

No Answers In Bizarre Traffic Death Just North of Connecticut

November 9th 1998 at 8am, 16 year old Ashley Turniak was found dead on the breakdown lane of I-91 south in Longmeadow, Massachusetts just 1½ mile from the Connecticut border. The well liked teenager from Agawam had been seen in her high school parking lot before her first class started at 7:25 that morning. Less than an hour later, witnesses reported that she went feet-first from the passenger window of a car heading south towards Connecticut. Her backpack was found on Woodlawn Avenue in Enfield, Connecticut not far from a highway exit. At the time of her death witnesses reported that she was in a tan or light brown mid-size vehicle, possibly a late 80s model Ford Tempo or a vehicle similar to that. After Turniak’s fall, the car was seen leaving I-91 at Exit 49 in Connecticut. More than two decades later many questions persist, was she pushed or did she fall? Who was the driver? A still grieving family and Massachusetts State Police want to know. If you have any information about this case please call (413) 747-4809. 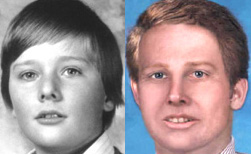 Nine year old, Taj Narbonne was petrified of his stepfather Clarence Dean. The two did not get along. On March 31, 1981, he left his on Naples Street in Leominster home after an alleged argument with Clarence. He has not been seen since. He was last seen wearing a yellow jacket with blue sleeves, and a yellow sweatshirt with a picture of Donald Duck on it. There are conflicting reports as to whether he had shoes and socks on. Years later, his stepfather was convicted of kidnapping Taj’s mother. Years later he was convicted of another crime as he shot at a police officer and took two hostages. Taj’s disappearance has been classified as a non-family abduction and is possible that he could have been abducted by someone other than Dean. If you have any information about the whereabouts of Taj Narbonne, please call contact the Leominster Police Department at 978-537-0741.

Thirty year old Debra Marie Melo was last seen by her husband Luis Melo on June 20, 2000 in Weymouth, Massachusetts. Around the time of 3 to 4 pm that day, Luis Melo claimed that the two had an argument and that she demanded to leave the vehicle which was on route 18 south of the Weymouth Naval Air Station. Luis claimed that he later drove by the same road but she was nowhere to be found. The couple is alleged to have a rocky marriage and at one time she filed a restraining order against Luis. Debra’s family insists that that she didn’t just wander off. They claim she wouldn’t have left behind her two children. For more information about this case please visit The Charley Project Website. If you have any information about this case, please contact the Massachusetts State Police 781-830-4800.

It was a cold day during December 1989, when married mom of three, Susan Simoni left her job as a medical secretary to do some errands.  She was set to retrieve the family dog from a groomer and then pick up her daughter Alicia from a dance class.   The dog was picked up at 5:20pm that day and that was the last anyone saw of Simoni alive with the exception of her killer.

The Thirty Seven year old’s body would be found the next day inside the family’s  Jeep Grand Wagoneer which had been parked behind The Mall at Walpole.  A victim of homicide, Simoni had been shot twice in her chest by someone wielding a.38- caliber firearm.

Attention would soon turn to her husband and twice there were attempts to indict him for murder but charges were not brought.  Investigators in the case stated that Susan had planned to divorce her husband and that her husband had owned a firearm similar to the one that killed Susan.  An article years seventeen years later in the Boston Globe quoted Simoni’s children stating that their father was innocent of killing their mother.  It is not known if there are other suspects in this murder but if you have information in this case please contact the Worcester District Attorney’s office at 508-755-8601.

Dorchester Murder VictimIt was around 11:30 pm on August 14, 1985, thirty-two year old James Filbert was fatally shot in an apartment he was renovating at 176 Minot Street in the Dorchester section of Boston. The married father of two succumbed to a wound to his abdomen and the Boston Police at the time could not find a motive for the slaying. Robbery has been ruled out because a thousand dollars in his pocket was still there. Another troubling point is that despite a witness hearing gunshots, no perpetrator was seen. Filbert often spent his time working on the apartment which was only a few streets from where he lived on Westglow Street. Decades later, the case is cold as ice.
However, there are blood relatives of Filbert who have suspects of their own. They believe that James Filbert may have known who killed him.

If you have any information about this case please call the Boston Police Department at (617) 343-4470.

Released From Prison A Month Prior, A Father of Two is Gunned Down 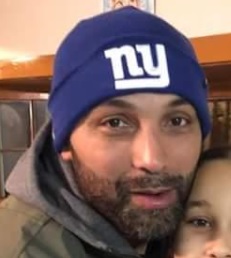 After serving a lengthy prison term for drug trafficking, 41 year old Jermaine Taylor was freed from prison only to fall victim to an unsolved murder.  The father of an 11 year old daughter and a then unborn child, he was found murdered on the side of General Patton Drive in Hyannis.  He had died as a result of gun violence.  According to newspaper articles, Taylor had a difficult upbringing and rough life.  He was however, dedicated to his family and was trying to live a clean life and find work after serving his prison term.   Law Enforcement have not said if Taylor’s prior activities may have had something to do with his homicide.  If you have any information about this case please contact the Barnstable Police Department at  508-775-0387.

It was around 2:10am in the morning on November 22, 2006 when police were summoned to Dudley Street and Kenilworth Street in Boston for reports of a person gravely wounded.  Law Enforcement would find 49 year old Deborah Douglas critically injured from a stab wound to the abdomen area.   She was taken to the Boston Medical Center where she died from her injuries. Boston Police are asking the public for any  information about this cold case homicide.

You can contact the Boston Police Homicide Unit at (617) 343-4470.  To remain anonymous, you can call the Crime Stoppers Tip Line at (800)-494-TIPS.  It’s been around fifteen years, and her family wants answers and justice.

Murder of Married Mother A Cold Case.  Can DNA Make A Breakthrough?

Maureen Bayliss was a 21 year old mother of two daughters when her badly bludgeoned, stabbed and beaten body was found during the early morning hours of November 1st, 1976.   She had been found partially clad in clothing by railroad tracks in the city/town of Chelsea by children.

Police believe that one of the weapons may have been a board but not the weapon used to stab and slash her.  Hours before, the resident of Everett had gone to Boston with her husband and his friend.  They had tried to go to a discotheque but did not get in.  According to a newspaper article, the couple had an argument and parted ways.  She had last been seen at Kenmore Square in Boston and she was supposed to take public transportation home.  When she was found, she still had money on her, which led police at the time to believe that robbery was not a motive.

Her husband reported her missing at around 2am and had expected her home but Maureen never made it.  Her daughters still have questions about the mother that they never got the chance to know.  Maybe there is DNA that will provide answers…

If you have information about this case, please call the Chelsea Police Department at  617-466-4855.